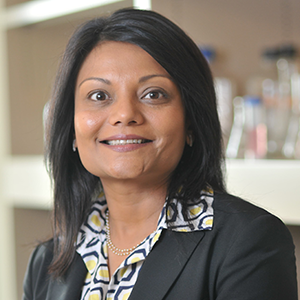 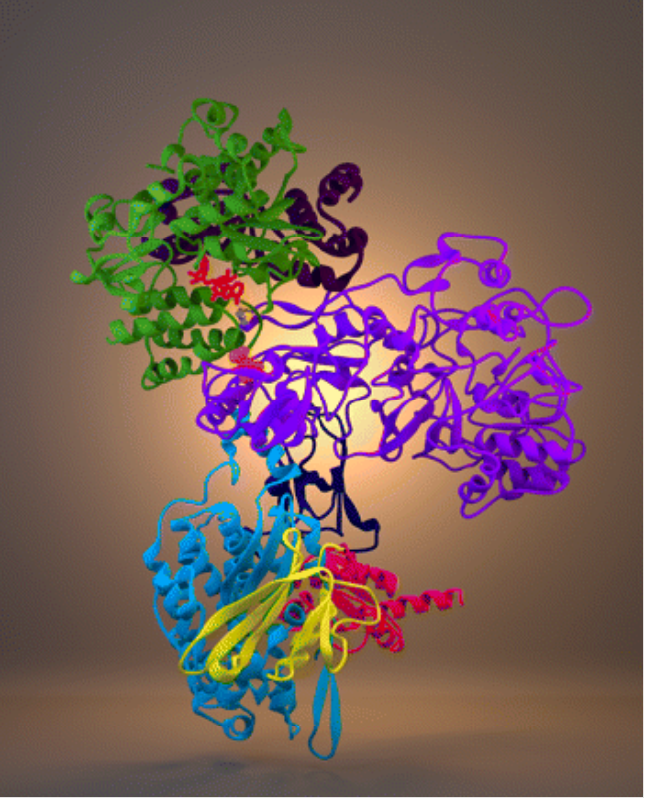 Cover legend: The hydrophilic domain of rat mitochondrial electron transport chain complex I is involved in the production of cellular ATP. During epileptogenesis, arginine 76 (orange spheres) of the 75 kDa subunit (purple ribbon) is irreversibly modified by carbonylation, leading to decreased complex I activity. This residue is located at the interaction interface between the 75 kDa subunit and the 51 kDa subunit (green ribbons), proximal to the NADH binding site (red sticks) and the sulfur-iron center involved in the initial transfer of electrons into the chain (yellow and purple sticks). For more information, see the article by Ryan et al. (pages 11250–11258​).

Summary: Dr. Patel’s early work addressed a fundamental question in the field of neuroscience; namely, how does excessive glutamate neurotransmission induce excitotoxic cell death? She demonstrated a role for intracellular superoxide radicals in excitotoxic cell death emphasizing the overlapping roles of oxidative stress and excitotoxic injury, two independent pathological mechanisms common to diverse neurological disorders (Patel et al., Neuron 16:345-355, 1996). This discovery led to the overarching theme of her laboratory, which is to understand the role of reactive species and metabolic mechanisms in neuronal disorders such as epilepsy.

Research Areas. The overarching theme of the Patel laboratory is to understand the role of redox processes and metabolic mechanisms in epilepsy, aging and toxicant-induced brain injury. Using biochemical, metabolic, transgenic and translational approaches, research in the laboratory is focused on three major areas: a) understanding the mechanisms of redox and metabolic dysfunction in response to epileptogenic insults, b) developing neuroprotective drugs and therapies and c) identifying metabolic targets of ketogenic diets. The following sections describe the major research areas in the Patel lab.

Defining the role of oxidative stress and metabolic dysfunction in epilepsy and its comorbidities. Epilepsy is a recent addition to the diverse array of acute and chronic neurological disorders in which the role of oxidative stress and mitochondrial dysfunction is rapidly emerging. Our research has been pioneering and instrumental in defining the role of redox and metabolic mechanisms in the pathogenesis of epilepsy and its comorbidities. The laboratory identified subcellular sources of reactive species (RS), their temporal occurrence and functional impact in animal models of temporal lobe epilepsy (TLE). Our focus on mitochondria arose from investigation of subcellular sources of seizure-induced RS, which indicated a disproportionate contribution of mitochondria. Work from our laboratory has demonstrated increased production of mitochondrial reactive oxygen species (mtROS) and persistent depletion of glutathione during epileptogenesis in two animal models. We demonstrated for the first time an oxidative post-translational modification via carbonylation of the 75kDa subunit of CI in experimental TLE. A functional consequence of oxidative damage to mitochondria in epilepsy is a bioenergetics decline, which can increase neuronal excitability. We recently demonstrated that increased ROS indeed result in deficits of mitochondrial respiration in experimental TLE. Finally, we showed that mitochondrial oxidative stress results in mitochondrial dysfunction and neuronal death which contributes to cognitive deficits associated with chronic epilepsy. Our studies suggest redox and mitochondrial pathways as novel therapeutic approaches for modifying acquired epilepsy and associated cognitive deficits. A recent collaboration with Dr. Scott Baraban’s laboratory identified metabolic deficits in genetic models of epilepsy, notably Dravet’s syndrome.

Delineating mitochondrial mechanisms of oxidative brain injury. Mitochondrial oxidative stress is well known to play a pathogenic role in neuronal disorders. However, the mechanisms by which ROS produce damage are incompletely understood. Our research has demonstrated that that superoxide toxicity via oxidative inactivation of mitochondrial aconitase contributes to neuronal death in animal models of neurodegeneration. Studies in the laboratory have identified a novel pool of mitochondrial iron that correlates with mitochondrial aconitase inactivation in brain injury models. We identified mitochondrial complex III as a major source of ROS via redox cycling agents. These studies led to the novel discovery that brain mitochondria consume hydrogen peroxide (H2O2) in a substrate-dependent manner via the thioredoxin/peroxiredoxin pathway linked by mitochondrial nicotinamide transhydrogenase activity. ​​​​ 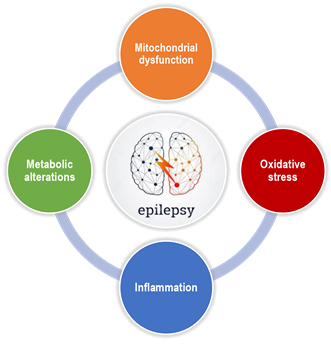 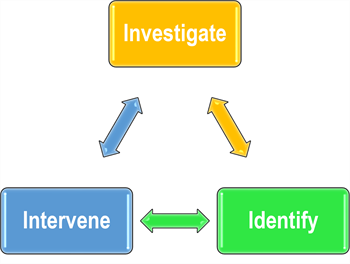 We thrive in highly valued, diverse, free, and inclusive environments. In our mission to fight epilepsy, we actively seek out, embrace, and encourage the unique perspectives, scientific solutions, and experiences that each person brings to our lab. We celebrate our individual differences, empower and nurture scientific talent, and are committed to social justice and equity.

This research project investigates how neuronal-specific deletion of the mitochondrial deacetylase, Sirt3 or its target SOD2, contributes to cognitive dysfunction and/or hyperexcitability and seizures.

A. Forebrain neuron-specific deletion of Sod2 provides a model of mitochondrial epilepsy. Superoxide dismutase-2 (Sod2) is a critical mitochondrial antioxidant enzyme. When genetically deleted from neurons in the forebrain of mice, seizures occur, demonstrating the link between oxidative stress and neuronal hyperexcitability. Additionally, increased astrogliosis, neuronal degeneration, and changes in glucose metabolism and gene expression of glucose transporters are observed. Understanding the link between oxidative stress, neuroinflammation, and metabolic changes in this epilepsy model is the primary focus.

The gut-brain connection is well-established and prescribing a ketogenic diet to children afflicted with Dravet syndrome has long been shown to be an effective means to decrease both the frequency and severity of otherwise intractable seizures. However, much is still needed in determining the underlying mechanisms of this therapy. We are examining taxonomic changes in the microbiome both before and after the administration of this diet in epilepsy patients, and how these changes may affect neurotransmitter levels and metabolic processes. 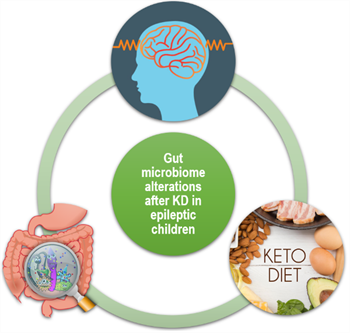 In this project, we plan to assess changes in mitochondrial dynamics in models of neuronal hyperexcitability using super-resolution microscopy. We are examining and comparing changes in mitochondrial ultrastructure, turnover, and migration in response to pathological hyperexcitability associated with epileptic circuits. We are using Stimulation Emission Depletion (STED), super resolution radial fluctuations (SRRF) and electron microscopy to observe these types of changes in both in vitro and genetic models of epilepsy. 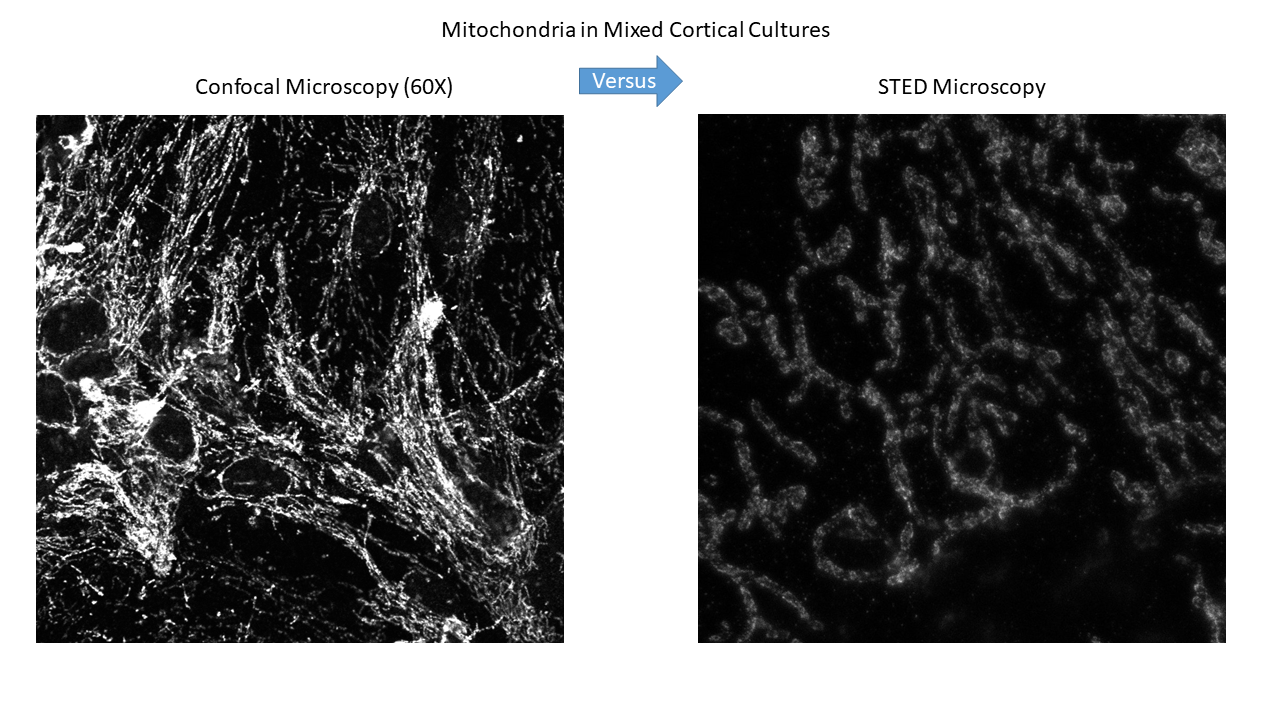 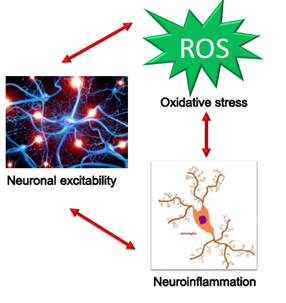 Status epilepticus (SE) is a key consequence of nerve agent and organophosphate (OP) pesticide toxicity which can be controlled with anticonvulsants. However, there is a need to mitigate post-SE injury i.e. neuropathology and cognitive dysfunction. Our previous work has identified oxidative stress as a novel therapeutic target for these secondary outcomes from OP intoxication. We developed an efficacious antioxidant drug which targets these secondary outcomes of OP toxicity initiated >15-50min post-exposure. Current studies are focused on optimizing novel delivery of antioxidant therapy. ​